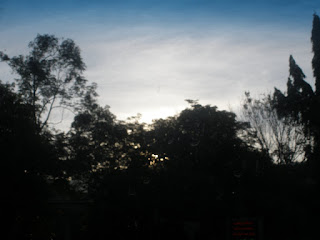 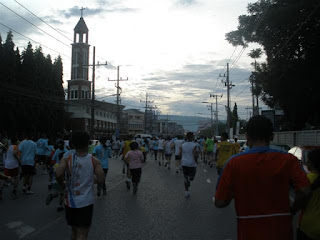 Last week, early morning, my sweetie with our teenager went out early morning to join the running contest. Everyone, young and old have the chance to join. I was suppose to join but AJ, my 6 year old was still sleeping at 5:00 in the morning. My sweetie told me that there were a lot of runners came and joined the contest. They had been doing this for quite sometime and many were involved. It’s fun, and one more thing, they gave medals for those who will perform well. I mean, those who were in the top 50 had given a medal. Participants really enjoyed the running event.

For the past years, my sweetie with my teenager got a medal. Snacks were also provided after the contest with a free t-shirt. This was done to promote good health for everyone in the area. I guess, not only here in our place but all throughout the country. And for others to be involved too, to be health – conscious individual.

My sweetie took this picture early morning so that he can show me something after the contest.
More skywatch posts here.
http://feeds2.feedburner.com/blogspot/WtVq