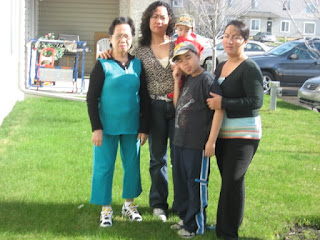 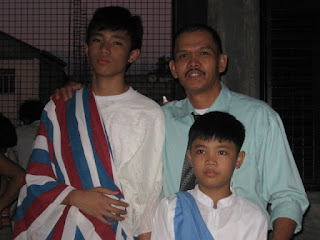 My cousins are working abroad. Their mother as you could see on the first picture is the wife of my uncle (the elder brother of my Nanay -mother). My cousins were working as nurses. The next picture is the family of Neneng, the second child. I’m glad they also knew the Lord and became believers. Although their mother has a different belief, but they kept on praying for her and other siblings.

There were 5 of them (referring to my cousins). The first and second were mothers, the third was already a father, the fourth is also married but wasn’t able to have children yet. The fifth was married with children too and they were living abroad with Neneng, the second child.

The Lord has blessed these two cousins of mine in the picture above. They were faithfully serving the Lord in spite of their hectic schedules. I’m also blessed of their lives now.