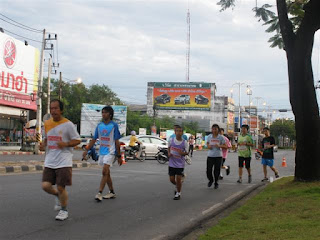 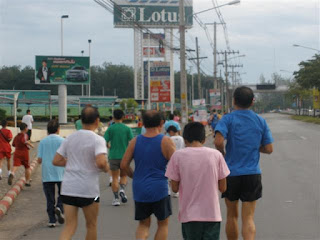 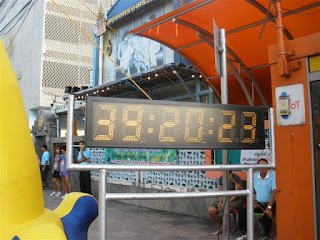 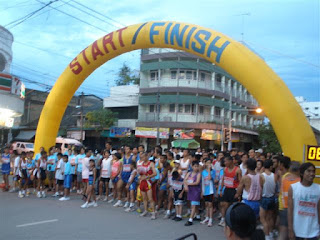 Running is fun but to join in a running contest is a privilege. Why? Not all can do it. Only those who have a willing heart and a desire to be physically fit can keep the track.
Last week, my hubby and teenager joined a running contest here in our place. They woke up early and around 5 am and went to the school where they held the contest. You can find it here in the picture. A lot of people joined this contest, young and old, male and female, thin and fat, heavy-built and slim. Even the children at age 6 joined the running event. I guess, they had a lot of fun.
I wasn’t able to join because my 6-year old was sleeping soundly. he loves to eat and sleep as well. I can’t leave him alone in the house. For my teenager, it’s fun because right after the event, the facilitating team provided something for all the participants to eat. That was fun, my teenager muttered. Then he got an award, wow! He brought a medal at home for his reward. They wanted to join again, next time, maybe next month.
http://feeds2.feedburner.com/blogspot/WtVq